Matt Damon is without any questions one of the top stars in Hollywood. And his new movie The Great Wall directed by Chinese famous director Yimou Zhang has released on China. 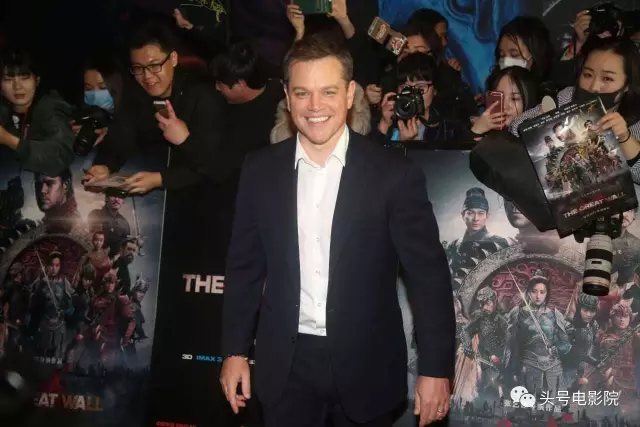 At the premiere, the host asked stars including Matt and other Chinese stars to write the Chinese character of creature from the Chinese ancient fairy tale "饕餮" (Tao Tie) which are monsters that always hunger for more food and money and never get satisfied. Tao Tie is also the monster that Matt Damon is about to slay on this movie. 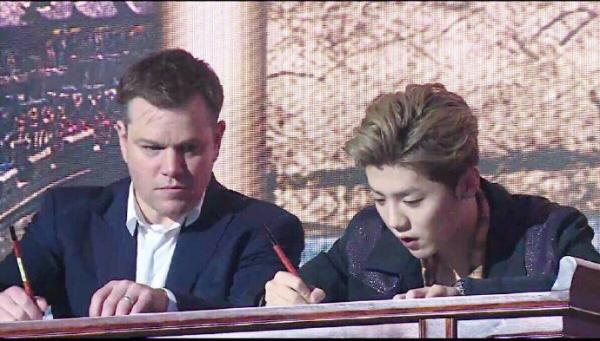 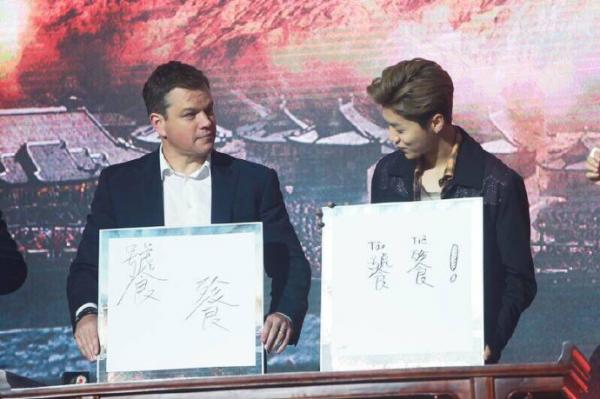 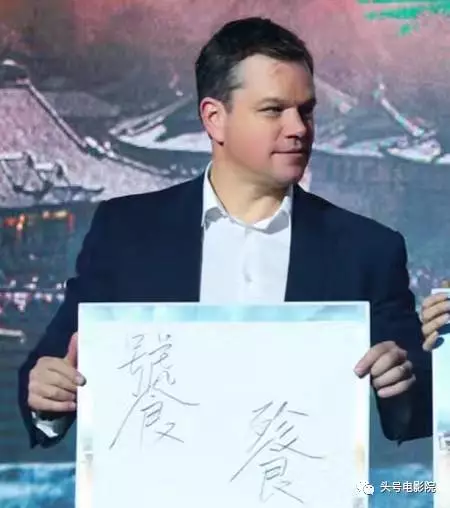 Matt Damon's Chinese has earned huge credit for him on Chinese internet. Lots of Chinese expressed their admiration for him on Sina Weibo, a social platform like Twitter.